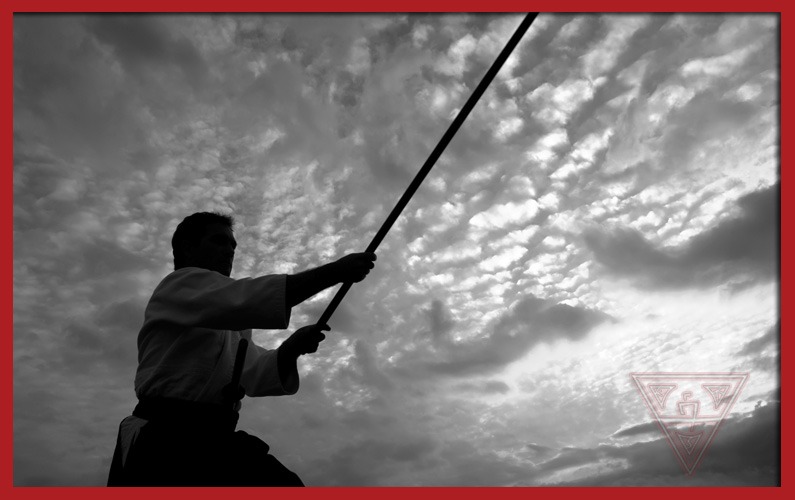 If asked, most martial arts practitioners will tell you that they started because they wanted to learn self-defense and/or begin an exercise regimen. Few will tell you that they joined a martial arts school to learn how to fight with weapons; however, many taekwondo schools do offer weapons instruction and will begin teaching these lessons to students at around the intermediate stage of their martial arts progression. The following information discusses three of the popular martial arts weapons taught today, including the bo-staff, nunchucks, and Eskrima sticks. 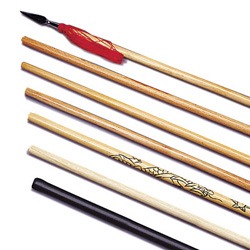 The bo-staff is typically made of tree wood or bamboo wood and originally used in Okinawa, Japan by karate fighters during feudal years dating back several centuries. When holding the staff, it is gripped in thirds and the movements are designed to resemble empty-hand fighting, giving way to the notion that bo-staff fighting is but an extension of one’s limbs.

When held out in front of the body horizontally, the right hand is placed on the staff facing away from the body and the left hand is placed facing towards the body. This allows the bow to rotate and for strikes to be delivered with optimal power and accuracy.

As with the bo-staff, nunchucks (nunchaku) date back to the Japanese island of Okinawa. This weapon consists of two sticks joined together with a piece of rope or chain.

Nunchucks are typically wielded one set at a time, but some experts are able to effectively use two simultaneously. This weapon is also quite versatile, allowing the handles to be used for blunt force striking and the chain can be used to disarm or immobilize an attacker’s weapon. Practicing with nunchucks gives one increased hand-speed and strengthens the hands. 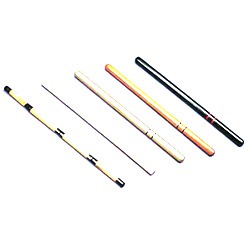 Similar to nunchucks, Eskrima sticks are two wooden sticks used to strike and defend attacks, but unlike nunchucks, they are not attached. Eskrima is a Philippine martial art that uses bladed weapons, knives, and improvised weapons for fighting, in addition to sticks.