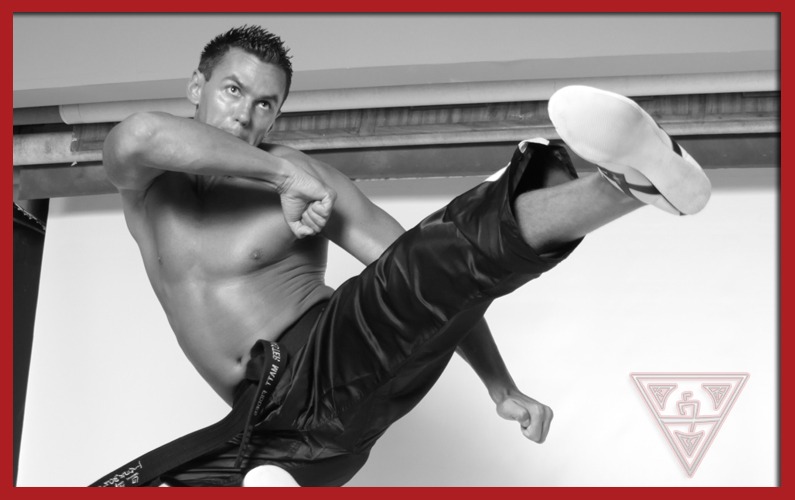 As martial artists we train to improve our skills, expand our physical capabilities, and for self-defense should we be put in a compromising situation. According to Maxim magazine’s recent write-up 3 No-Nonsense Martial Arts that will Keep You Alive on the Streets, Krav Maga, Brazilian Jiu-Jitsu, and Muay Thai are the best martial arts if you have to get into a street fight. Fortunately, here at Sandoval Freestyle Karate we have extensive tutelage in both Brazilian Jiu-Jitsu and Muay Thai fighting!

Krav Maga is the official self-defense system created and used by the Israeli military, a group widely recognized as one of the most hardcore armed forces in the world. It focuses on threat neutralization, efficiency of movement, and brutal effectiveness.

Krav Maga is famous for its pragmatic approach to self-defense, bypassing the time-wasting solo drills of other fighting styles, and giving its practitioners the tools necessary to quickly end a street confrontation. Technique training ranges all the way from proper punching and kicking to gun disarms and defending against multiple attackers.

Brazilian Jiu-Jitsu came into the spotlight when Royce Gracie won the first ever Ultimate Fighting Championship and quickly cemented its spot as the world’s foremost martial art for one-on-one, unarmed combat.

Royce’s father Helio Gracie developed the system in Rio de Janeiro partially because he wasn’t strong enough to pull off some of the more muscle-based traditional Japanese Jiu-Jitsu techniques. Instead, he came up with his own system that relied on intelligent use of body mechanics to allow smaller fighters to overcome bigger opponents. It’s perfect if you’re not necessarily built like Hulk Hogan.

Muay Thai is another martial art that’s gotten a lot of attention because of its association with UFC fighters (and, more recently, Victoria’s Secret angels). And with good reason — there’s not a single fighter in the UFC who hasn’t trained in Muay Thai.

The notoriously savage style of kickboxing from Thailand is also called “the science of eight limbs,” because in addition to the usual two hands and two feet, it also makes extensive use of knees and elbows. As any stand-up fighter will tell you, there’s no place you want to be in less than a Muay Thai fighter’s clinch, where vicious knees and elbows can come from almost every angle. Muay Thai is a style that focuses on sparring and the actual act of fighting, so you can be sure you’ll be strapping on the gloves in no time.

If you’re interested in martial arts lessons and live in Phoenix’s East Valley, check out one of Sandoval Freestyle Karate’s schools and get your first class for free!