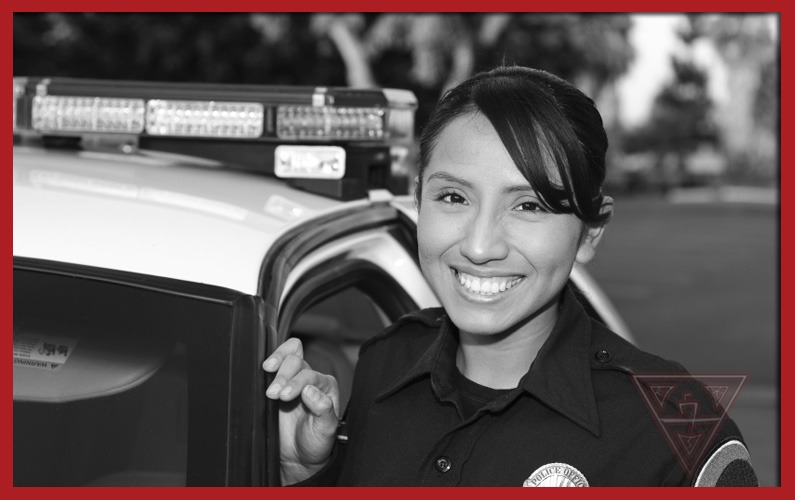 Those who have been on the receiving end of a takedown by an officer trained in martial arts will testify to the effectiveness of the technique! The tactics used by the majority of police forces across the country are derived from martial arts developed in Japan, China, and even Brazil. Forms of martial arts that focus on throws and holds are of the greatest benefit to police officers, as are techniques involving chokes, locks, and counter striking to avoid being attacked with and without a weapon. Martial arts, such as Aikido and Ju Jitsu are common, while Brazilian Jiu Jitsu is also favored by police departments for its wrestling techniques. Knowing how to grapple allows police officers to easily deal with subjects when a fight goes to the ground, which is where most officers want the fight to be.

The physical benefits of martial arts are well known, but there are many more benefits for police officers. Learning martial arts can help to promote the emotional wellbeing of officers through the process of mental and physical conditioning. In general, martial arts is beneficial to the mind as it helps you to control your thoughts and breathing, while meditation gives you a sense of inner peace. This is essential for individuals that are faced with violence regularly, as is the case with police officers. Martial arts also help to reduce stress and anxiety – two of the most common reasons for officers to experience a burnout and to make mistakes.

Martial arts has long been seen as a great way to separate followers from leaders and through intensive training, police officers can develop leadership skills that can make all the difference in an exchange with a criminal. Officers with lofty career aspirations will also need the confidence and authority that martial arts brings if they intend on climbing the ladder and earning regular promotions.

The escalation of urban warfare has made it essential for police officers to develop street survival skills. Martial arts can help them to create a mindset that helps them make the right decisions to stay safe and apprehend criminal suspects – in other words, to be more street smart. Police officers that settle into a routine can become complacent and there is no room for this when patrolling the streets.

With martial arts, officers of the law can undergo crisis-scenario training and be prepared for any encounters that occur while they are off-duty. It is common for police officers to suffer from post traumatic stress disorder, as they experience many situations involving life and death. It is imperative for a police officer to remain calm under pressure, while possessing the skills to make rapid decisions for the good of the public and themselves. Simply put, martial arts gives officers the preparation they need to survive.