5 of the Best Boxers of Our Generation 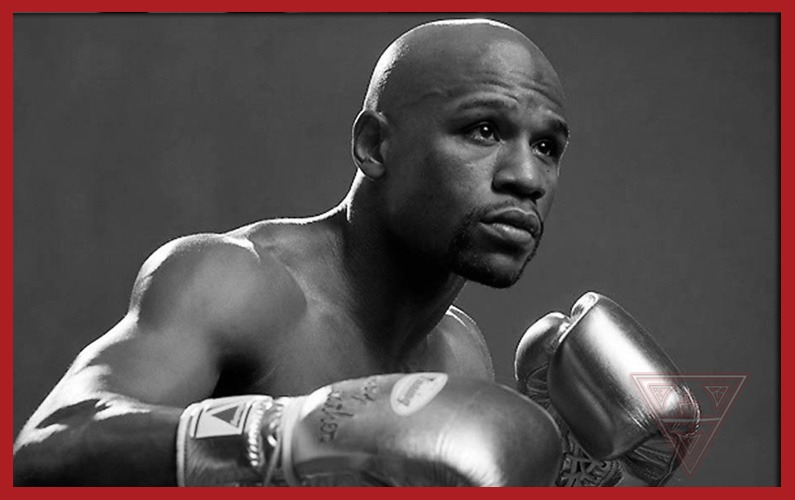 When it comes to naming the greatest boxers of all time, names such as Muhammad Ali, Sugar Ray Robinson, Marvin Hagler, Joe Louis, Carlos Monzon, and Henry Armstrong dominate discussion. The trouble with this is that modern day fans really lack an opinion of these fighters given their respective eras. In this case, it is best to look at great fighters from our current generation, so below we’ve outlined several of the best fighters in the modern era. This is of course a subjective topic so feel free to interject with your own opinions.

Few boxers divide opinion like Floyd Mayweather Jr. His supporters claim he belongs in the pantheon of greats, while his detractors suggest that he has always taken the path of least resistance. Both sides of the argument have some merit. On one hand, he is ranked #1 pound-for-pound by many boxing scribes and has world titles in 5 different weight classes. He is unbeaten in 44 fights and has rarely been in trouble during his entire career, barring his first bout with Jose Luis Castillo. Floyd is a defensive wizard and inferior opponents (all of them so far) have found it nearly impossible to hit him.

Early in his career, ‘Money’ dismantled the excellent Genaro Hernandez and annihilated Diego Corrales. However, the Corrales bout arguably remains as his best career performance and that happened in 2001. Many experts also believe he was fortunate to get the decision against Castillo in their first bout, before he won a dominant points decision in a rematch. His detractors say his record is littered with aging opponents, Shane Mosley and Oscar De La Hoya for example, fighters moving up in weight class, such as Robert Guerrero, Ricky Hatton, and Juan Manuel Marquez, or guys who had no business being in the ring with him whatsoever, like Henry Bruseles, Arturo Gatti, and Carlos Baldomir. However, he is still unbeaten and until he loses that ‘0’, he will rightly remain as one of the sport’s leading lightweights.

It looks like it’s nearly the end for ‘Pacman’ after a stunning KO loss to Juan Manuel Marquez in December 2012, but it’s been one amazing career. World titles in 8 different weight classes and a winning streak where he dismantled bigger and heavier world level opponents are among his many achievements. His KO of Ricky Hatton is one of the knockouts of the last 10 years, not to mention he also demolished Miguel Cotto and Oscar De La Hoya among others. Indeed, it is easy to forget that he was once a flyweight champion before coming to America to team up with Freddie Roach.

Pacman has been dogged by illegal drug use allegations since Floyd Mayweather asked for Olympic style random drug testing in preparation for a proposed superfight between the two. Pacquiao’s camp refused and the excuses have never been that convincing. Nonetheless, his reputation remains untarnished, as no solid evidence of wrongdoing on his part has ever surfaced. No other fighter has won world titles in eight weight classes and it’s unlikely that they ever will.

The brilliant Mexican boxer lived in the shadow of his feted compatriots Erik Morales and Marco Antonio Barrera for much of his career, but he may well be remembered as the best of the trio at the end of his storied career. In his first three bouts with Pacman, Marquez lost twice and drew once. Many experts believe Marquez won all three on points but he settled the score in style last December with a crushing 6th round KO, which sent shockwaves throughout the sport.

He has made some career mistakes, going up several weight classes and looking bloated against Mayweather, where he was made to look pedestrian, and his ill-fated trip to Indonesia, where he lost to Chris John for a $50,000 purse after allegedly turning down a rematch with Pacman. Yet he rebounded from this (and a disqualification loss in his first fight) to enjoy an amazing 20-year career with no real signs of slowing down. He defeated Barrera in 2007 to his immense satisfaction and has won world titles in four weight classes; Erik Morales is the only other Mexican to have achieved that feat. A showdown with Timothy Bradley and a possible title in a fifth weight class awaits, which could cement his legacy as the greatest Mexican warrior of them all.

The trouble with Andre Ward is that he isn’t deemed to be very interesting. In the ring, he isn’t explosive nor does he engage in trash talk. He does however have a gold medal from the 2004 Olympics where he was light-heavyweight champion and has won all 26 of his professional bouts. ‘Son of God’ simply smothers his opposition and gives them zero chance of victory.

Many fans believe he is the best fighter on the planet however and Ward has shown immense prowess in the ring with wins over Carl Froch in the ‘Super Six’ Super Middleweight tournament, total domination of the highly-rated Mikkel Kessler, and a quite sensational KO of Chad Dawson where he looked near invincible. Frankly, there are few fighters on the horizon that look capable of troubling Ward though perhaps Gennady Golovkin can buck that trend. Until then, Ward remains as the humble and silent assassin, putting paid to the dreams of his opponents.

‘Maravilla’ Martinez appears to be an unlikely champion, especially since the Argentine only took up the sport at the age of 20. He spent years fighting in Argentina before a KO loss to the intimidating Antonio Margarito cast him into the darkness. He worked as a bouncer in Spain among other odd jobs to earn a living while fighting on undercards for a pittance. He continued to fly under the radar until the age of 33 when he dismantled Alex Bunema to win the interim WBO Light Middleweight title in 2008.

After a farcical draw with Kermit Cintron in which Martinez was awarded a KO victory before the referee allowed the fight to continue, he was narrowly defeated by Paul Williams, one of the world’s top fighters at that time. A brilliant display against Kelly Pavlik set him on the road to superstardom and a highlight reel KO of Williams in their rematch propelled him into the spotlight. Yet Father Time seems to have caught up to him and injuries sustained in recent bouts means that the Lineal Middleweight champion may not get the opportunity to complete his career with another defining victory.

As we mentioned before, this is by no means a definitive list of the best boxers of our generation. Perhaps Erik Morales, Bernard Hopkins, Marco Antonio Barrera, Oscar De La Hoya and others have been overlooked? Have your say below.