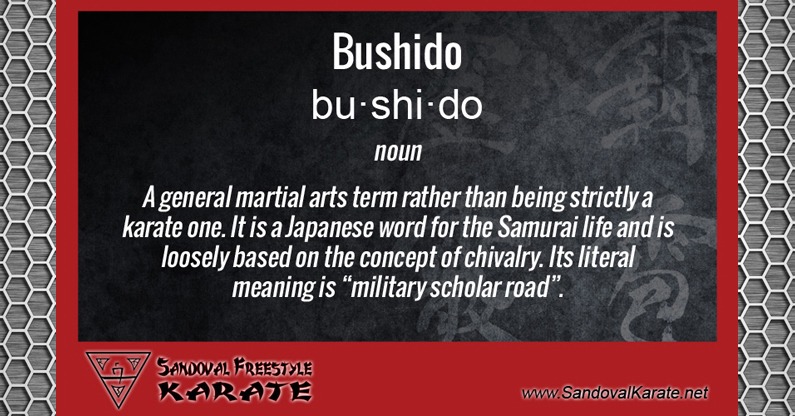 What Does Bushido Mean?

Definition: A general martial arts term rather than being strictly a karate one. It is a Japanese word for the Samurai life and is loosely based on the concept of chivalry. Its literal meaning is “military scholar road”. Bushido is believed to be a relatively modern term, developed in the 16th century according to many scholars.