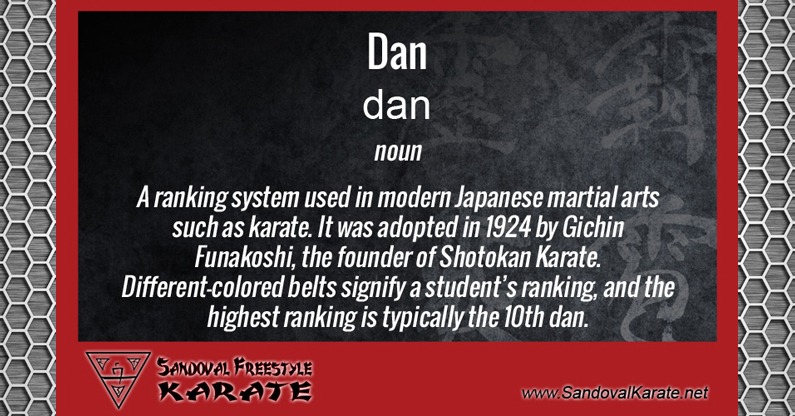 What Does Dan Mean?

Definition: A ranking system used in modern Japanese martial arts such as karate. It was adopted in 1924 by Gichin Funakoshi, the founder of Shotokan Karate. Different-colored belts signify a student’s ranking, and the highest ranking is typically the 10th dan. Belts above 6th dan are normally classified as “honorary”.