3 Types of Bullying Kids are Faced With 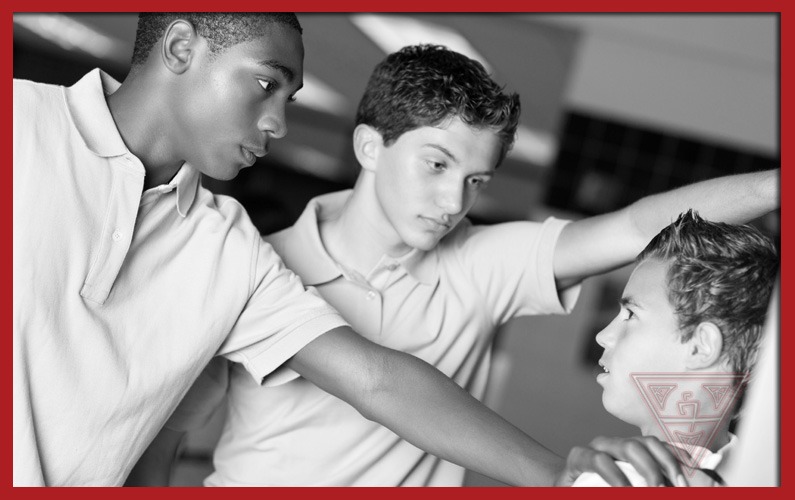 In past generations, bullying was often brushed under the carpet and those that suffered from it were derided for being weak or scared to defend themselves. Thankfully, modern society has recognized bullying as a real problem and various studies have shown just how big a psychological impact it can have on a child. A study published in Psychological Science in November 2013 showed that kids who have been bullied are more likely to struggle to hold onto a job as an adult. It was also found that victims of bullying suffered more health problems and found it more difficult to form social relationships than kids who have not been bullied.

Despite major efforts to rectify the situation, bullying is still a widespread problem as was discovered by the Centers for Disease Control. The CDC found that up to 20 percent of kids from grades nine to 12 experienced some form of bullying. A study from 2008 to 2009 was even more damning, as it found that 28 percent of kids from grades six to 12 were victims of bullying. The real issue is the fact that bullying can happen on school grounds but it can also happen in the bus, on the journey to and from school, and even on the Internet.

This means saying hurtful things and this is becoming a plague thanks to the growth of the Internet, which gives bullies a mask of anonymity to aid them in their cowardly pursuits; often threatening harm and trying to convince the victim that he/she is worthless.

This involves excluding people on purpose, embarrassing people in public, and suggesting to others not to make friends with the bullying victim.

This is the form of bullying that most are familiar with and involves tripping people in the playground, punching and kicking, and other hands-on attacks. Interestingly, it is often the constant threat of physical harm that has the most profound psychological impact on the victim, not the attack itself.

Never underestimate the potential for bullying to ruin or even end someone’s life. Teens that are bullied by their peers are 150 percent more likely to commit suicide than the average teen and this risk is multiplied if the victim is also abused at home, since they have no refuge. Victims of bullying often feel as if they have nowhere to turn and the results can be tragic, as was witnessed with the Phoebe Prince case in Massachusetts in 2010 – just one of countless tragic results due to bullying in the past several decades.

While the American Medical Association declared bullying to be a public health problem and certain school districts are now required to have a plan in place to prevent and address bullying issues, the sad truth is that kids will be kids and the plague won’t end until parents and mentors do a better job educating their children. Experts say that it is necessary to target certain issues to prevent further damage including raising the self-esteem of bullying victims. Helping them to manage their aggression and angst can go a long way towards a recovery. One of the best ways to quickly put an end to bullying is to enroll in a martial arts class; where students quickly make new friends, self-confidence is gained, and bullying never takes place. In a martial arts class, everyone is accepted for who they are.