Sign-up Your Kid for Karate in Gilbert, AZ Today! 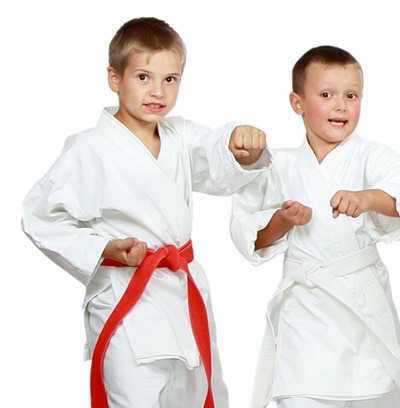 See What Our Gilbert Karate Parents are Saying

For karate students, performing katas, a set of formalized body movements that are conducted in a sequential motion, is a regular part of their routine. For those who aren’t too familiarized with studying martial arts, the following information will help you to better understand one of the key fundamentals of karate – the kata. There are a variety of katas that are practiced, typically ranging from standard self-defense and striking maneuvers to advanced strikes based on skill level, or for many, belt level. Common procedures begin with either a wide and/or low stance, and when combined with vigorous arm motions and leg movements, the practitioner gains cardiovascular exercise and a true understanding of principles relating to hand-to-hand combat.

For example, the ‘inward block’. Movement: From guard position, turn your left arm to the right (inward), leaving your closed fist turned towards your face. Application: Inward blocks, also referred to as inside blocks, are a great way to deflect straight punches and kicks to the head, such as jabs and side kicks. Ideally, the inside forearm will meet the striker’s forearm, or back of the leg, pushing it out and away from the head.

The bottom line is, there are a million diagnosis that may be stamped on one whom has problems listening and even learning. Yet listening is simply a skill that one must be put in a situation to learn. After much practice and action, the skill becomes greater. Without the ability to listen one fails to achieve skills useful when engaging in a productive conversation, the ability to understand, comprehend, and fully delve into the capacity of life. By engaging in martial arts, listening will improve and one will find themselves beginning to hear and respect another’s words. Be it child or adult, listening skills are imperative and martial arts is one of the most thrilling ways to improve them and grow along the way.

The side kick, also referred to by some as a twist kick, is one of the three main kicks that all novice martial arts practitioners learn first. The other two kicks are the front kick, sometimes called a push kick or straight kick, and the roundhouse kick, also known as a power angle kick or a turning kick.