How to Perform a Karate Side Kick 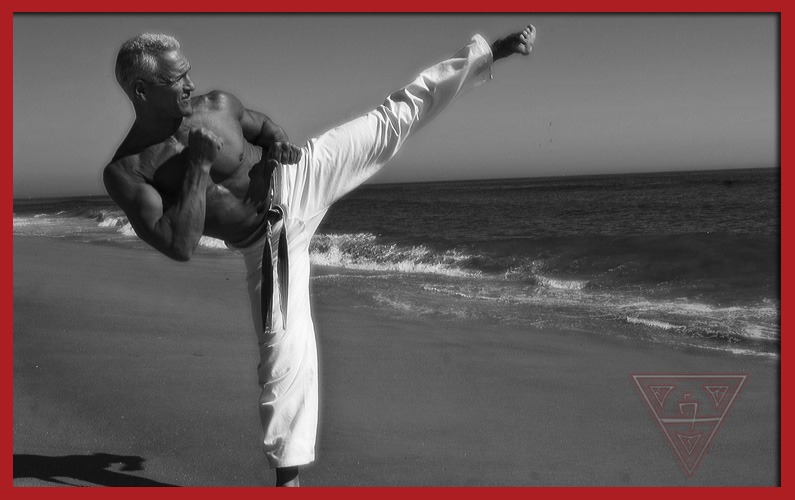 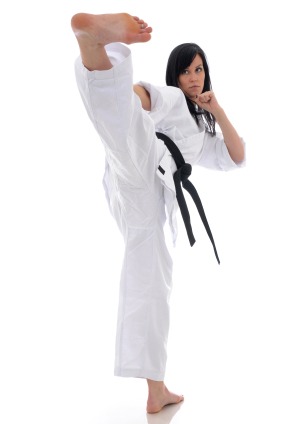 The side kick, also referred to by some as a twist kick, is one of the three main kicks that all novice martial arts practitioners learn first. The other two kicks are the front kick, sometimes called a push kick or straight kick, and the roundhouse kick, also known as a power angle kick or a turning kick.

Martial artists will often include the side kick in their arsenal of strikes for several reasons, mainly due to the power behind the kick and its detrimental effect on the opponent. As with the other two main kicks, the side kick can be executed in more than one fashion.

Commonly, this kick is thrown as a “sliding” side kick to help close the distance between yourself and your opponent, and perhaps more importantly, to generate more power and speed. The “slide” takes place after the kicking leg is chambered, as you motion to strike, simply slide in a jumping manner from the leg you are standing on in the direction of your opponent.

Mastering the sliding side kick is somewhat trickier than a standard side kick, so beginner martial artists will want to focus on the fundamentals of the kick first.

Depending on the situation, and in comparison to where your opponent is at the moment of your strike, you may choose to strike with either your heel or the ball of your foot. More power can often be delivered through a heel strike, however you may find that you are in a better position to attack with the ball of your foot. Learning how to side kick with both parts of your foot is important.

Video: How to Throw a Side Kick

6 Tips on How to Properly Perform a Side Kick

From a standard southpaw sparring position, face your target with your right leg in front of the left roughly shoulder-width apart.

As you motion to kick, bend your non-kicking leg’s knee (left knee), keeping your back straight, as you begin to chamber your kicking (right) leg.

After fully chambering your kicking (right) leg, you will turn the foot you are standing on (left foot) anticlockwise so that your toes are pointed in the opposite direction of your target.

4. Keep Your Guard Up

Remember to keep your fists held high with your elbows tucked in close to your body to block counter punches or kicks to the head and mid-section as you are kicking.

Whether sliding into the kick or throwing from a static position, executing the strike is very similar. After you’ve chambered your kicking (right) leg, extend it out towards your opponent aiming at either the mid-section or head with the outer side and heel area of your foot. This kick can also be performed by striking with the ball of your foot. Regardless of which part of the bottom of your foot you choose to attack with, it is important to pull your toes back towards you as you strike.

After throwing your side kick, it is important to quickly pull your leg back and to set it on the ground in your typical sparring stance, ready to strike again or block an attack. Failure to do so can get your leg caught by your opponent, leading to a trip or take down.