Origins of Kickboxing: From Japan to the US 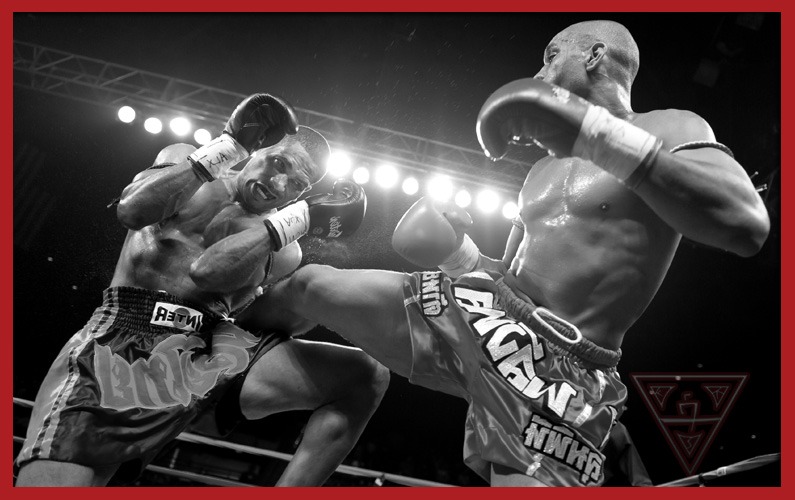 Kickboxing is a form of martial arts that involves stand-up fighting where punches and kicks are the main form of attack. The sport of kickboxing was first developed from karate, quickly adopted by Thailand martial artists who introduced Muay Thai, and later modified with western boxing techniques. Today, most kickboxing practitioners take up the sport for self-defense education, to be a part of a group work-out regimen, or for competitive sport.

Kickboxing in the United States

Modern kickboxing can be dated back to 1960s Japan, where from its conception, competitions have been regularly held. In the United States, kickboxing started to grow in popularity during the 1970s. In 1993, K-1, a Japanese kickboxing organization, was formed and quickly grew into the world’s first mainstream mixed martial arts association. Mixed martial arts (MMA) is considered a hybrid martial art that typically incorporates stand-up and grappling techniques derived from boxing, Muay Thai, judo, jujitsu, and karate to name a few.

The sport of kickboxing in the U.S. has slightly different rules than karate. For example, in most karate organizations there are rules designed to prevent serious injury, including no kicking below the hip, no elbows or knees, and protective gear – gloves, mouthpiece, headgear, shin guards, etc., must be worn; whereas with kickboxing little protective gear is required and elbows and knees are often acceptable.

Punches that are permitted in kickboxing include the jab, cross, hook, uppercut, backfist, flying punch (a.k.a. superman punch), and overhand. The kicks that are allowed include the front kick, side kick, roundhouse kick, hook kick, crescent kick, axe kick, and sweeping kick.

Defensive techniques include slipping – quick rotation of the body to move away from strikes; bobbing and weaving – movement of the head and upper torso; blocking – use of arms and legs to absorb and deflect strikes; covering up – a last opportunity to stop direct strikes to the head; and clinching – holding or tying up an opponent by grabbing the back of his head with both hands.