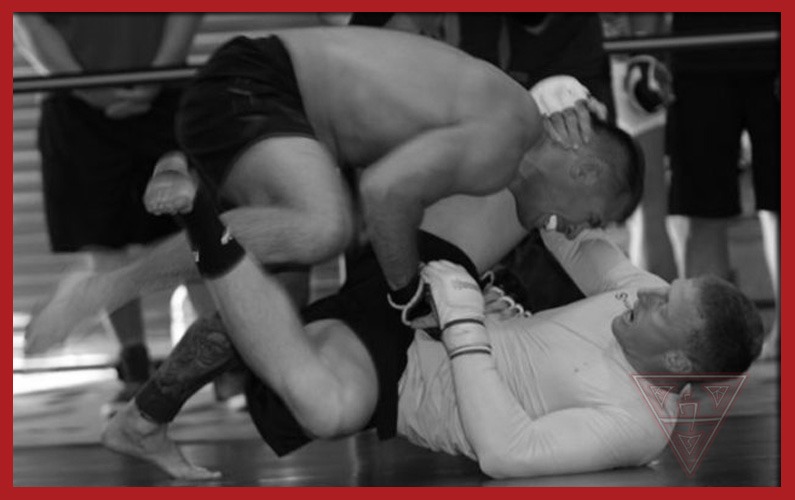 Fear is an inevitable feeling we all have experienced on numerous occasions in our lives. From the variety of physical and mental scenarios one is faced with, each individual has their own method of dealing with the problem to overcome the uncertainty placed in front of them.

Having embarked upon a journey marked with terrors manifesting in many forms, the threat of danger always has its way of entering into the life of one Kyle Stewart. As a long time martial arts practitioner and current member of the U.S Marines, deadly traps lurk around every corner to challenge his very existence.

Nevertheless armed with a strong mental capacity and proper guidance, these minor obstructions have done little to damage the proud marine which in a twist has helped molded him into the strong individual he is today.

Born in Mesa, Arizona Kyle Stewart began his warrior transformation at the age of four years old. Hoping to channel his energy in a more positive and constructive environment as oppose to his delinquency in school he began studying karate under the tutelage of Allen Sandoval.

As time progressed he would begin to put his skills and will to the test competing in various Karate tournaments at the state and national level going on a decade later to receive his black belt at the age of 14. Reflecting back on his early experiences as an adolescent, it was with the proper guidance from his instructor that helped Kyle to develop strong confidence qualities in him at a very young age.

“My instructor drove me to train hard as well as constantly try to improve my technique, “Stewart said. I owe everything I have achieved in martial arts to him not just because of the techniques he taught me but because of the drive to compete and constantly improve myself as a fighter and he instilled those traits in me as a young boy.”

These character traits would provide a great asset for Stewart during his entry into adulthood. Destined to live the ultimate combative lifestyle after graduating from high school, Stewart would go on to join the Marine Corps at the age of 18.

Serving his country proudly in three deployments (in Afghanistan twice and Japan) as a Machine Gunner for various battalion marines division (2nd battalion 7th and the 3rd battalion 4th marines) alongside some the greatest fighters alive, he would live on the dangerous frontline facing fear right in the face before emerging victorious in every battle he and his team were confronted with.

“It was a very rough hard fought deployments and I believe that it also played an important part in my maturation as a man. On both my combat deployments I looked fear in the face, especially the last one,” Stewart recalled. “There was a point in about the middle of the deployment where things were really kinetic to the point it felt like everyday somebody would get injured.

“In a cage the worst things that happen are broken noses, jaws, hands, or get knocked out cold. Well on my last deployment it was snipers, improvised explosive devices, grenades, ambushes. All of those things will definitely scare the hell out of you especially when you see them every day. I overcame my fear because “I was surrounded by warriors” and there is no way I would ever quit on them because I know they would never quit on me.”

Through the course of his expedition overseas it would be his time with the MEU (Marine expeditionary unit) where Stewart would be introduced to the ground aspect of mixed martial arts by fellow marine James Clark that would automatically spark an attentiveness similar to his past episodes in Karate as child.

“It was on the M.E.U where I met James Clark who introduced me to wrestling and submission grappling. Growing up doing karate for so long I really had no respect for the ground game. I never really realized how important it was to learn. Personally I love to stand and bang and I regrettably had the mindset of “well screw grappling I don’t want to go to the ground” until I got taken down and submitted over and over and over again. I soon realized if I wanted to be a true mixed martial artist I would have to learn to roll. Soon After I started rolling I fell in love with it. Almost like when I first started karate.”

Inspired to continue his newfound interest after completing his duties abroad, Stewart would go on to join the Fight Club 29 located in Twentynine Palms, California and also make occasional visits to the Arizona Combat Sports academy. Once again surrounded by great mentors and training partners helping him along his path, in a short period of time Kyle Stewart would undergo a dramatic increase in his fighting skills which would lead him to great success in the kickboxing, grappling, Pankration, and the amateur MMA circuit.

“Looking back at when I first started I have improved 10 fold as a fighter from when I started,” Stewart told USCS. “It’s all due to the great training partners I have to train with on our club (Fight Club 29) as well as the one on one Instruction I have gotten form fighters and coaches at Arizona Combat Sports.”

From his dangerous encounters overseas on the battlefield to his avid love for competition with the assistance of strong leaders guiding him, this key element has played a major role in the warrior development of Kyle Stewart. Carrying on through his pathway after completing one more deployment operation Stewart looks forward to continuing his mixed martial arts training while continuing to build a stronger and driven mentality within himself capable of taking on anything life throws at him.

“After this last deployment I would like to get onto the Marine Corps boxing team. This way I would be able to sharpen my hand skills before I get out of the Marine Corps. Then after I get out I plan on training full time every day at Arizona Combat and hopefully being good enough to fight for them as a pro.

“Looking back at my life journey I have learned that I have been successful in life because of the people I surround myself with, and that being involved in martial arts of any kind, be it karate, wrestling, jiu-jitsu, etc. surrounds you with people who are positive and driven to succeed.”