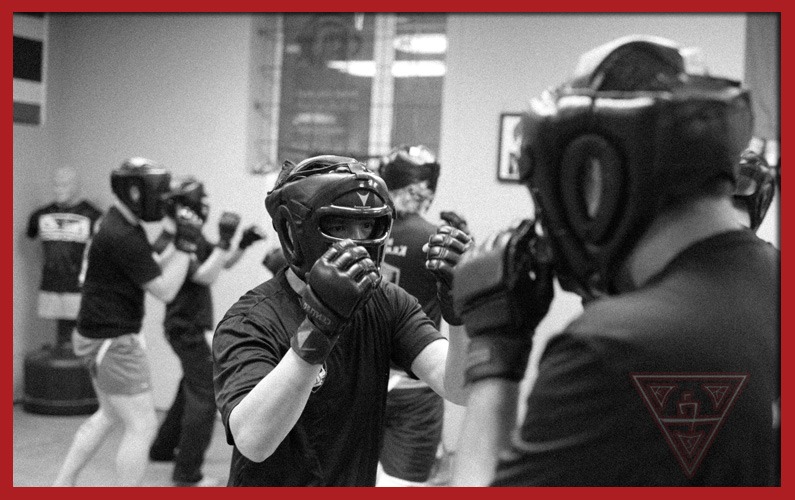 One of the most popular martial arts that allows sparring is taekwondo, which translates to “the way of the hand and foot.” Children who join a class will not only learn to practice self-defense, but more importantly, they will hone their mental discipline, focus and fitness skills. And above all, they will have fun! It is important to note that sparring should never be done in anger, or with the intent to do harm. Personal safety is of the utmost importance in any form of martial arts, but especially when participating in sparring sessions, where protective gear is required. 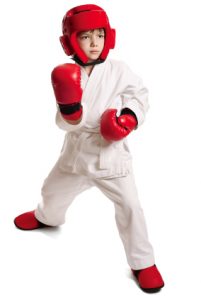 If you spar with an opponent under instructor supervision, while wearing protective gear, the chances of mishap are slim to none, but punches and kicks are thrown, so the chance of injury exists.

Typical gear worn by boys who participate in taekwondo sparring includes headgear with facemask, padded gloves, foot pads, a mouthpiece, and groin protector (often referred to as a cup). Girls who participate in sparring wear similar gear; however, there are chest and rib pads that can be worn for extra protection.

Novice students should not begin sparring immediately. When a student does progress to the level of sparring with an opponent, he or she is taught the importance of controlling one’s punches and kicks prior to any physical interaction. This is a key step in learning martial arts and for sparring, because students are supposed to “pull” their punches, meaning not to throw strikes at full strength – to prevent injuring sparring partners.

Sparring gear can differ from school to school, plus some tournaments require specific protective gear to be worn.