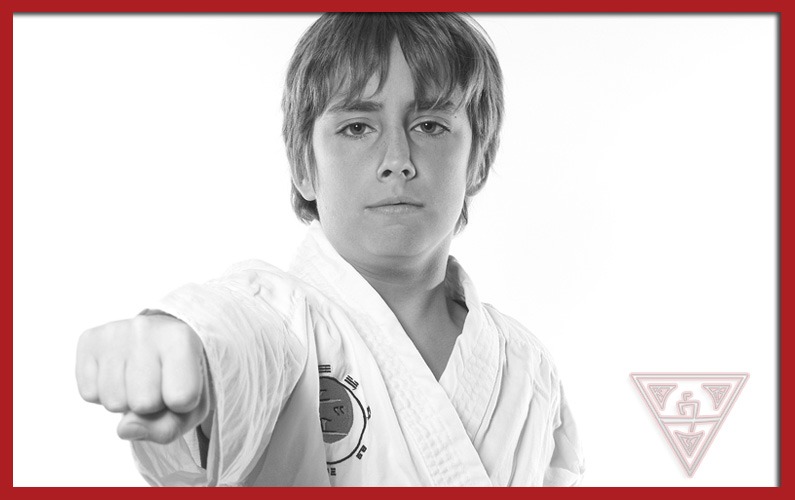 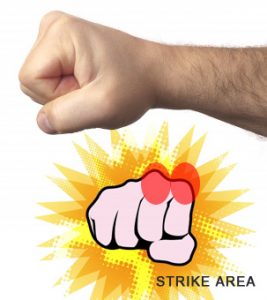 If you’ve been practicing martial arts for a while, you’ve certainly learned basic punches – the jab, the cross, the hook, and the uppercut. Depending on how advanced of a student you are, you most likely have learned an array of other strikes to go along with these punches. If you’re not familiar with martial arts, this article will serve to teach you the four different types of punches commonly practiced.

If you are inexperienced or new to martial arts, the following will inform you on the four main types of punches typically exercised in karate, kick-boxing, western-style boxing, taekwondo, American kempo, and Muay Thai.

As the image demonstrates, when throwing a punch, keep your thumb tucked-in tight and aim to make contact with the knuckles on your index and middle fingers. Do not tuck your thumb into your fist and avoid striking with your pinky or ring finger knuckles, as this can cause a broken hand commonly referred to as boxer’s knuckle.

This punch can be thrown from several different positions, traditionally it is a straight punch thrown with the lead hand from the guard (hands up). Power is commonly derived by stepping into the punch, rotating the hips followed by the torso, shoulder, and wrist just prior to striking. The strike area, without gloves on, is with the knuckles on the index and middle fingers. Many professional fighters have effectively used the jab by throwing it from the hip and, in the case of Oscar De La Hoya, from a half jab, half hook motion.

This is typically one’s power punch and it is thrown by the rear hand from the guard. As with the jab, and most strikes whether kicks or punches, power comes from contorting the body, allowing kinetic energy to pass through the legs, hips, torso, shoulder, and wrist to be exerted through the fist. A crossing punch is sometimes referred to as a straight punch or reverse punch and is most effective when thrown in a “one, two” combo – jab followed by cross.

This punch is also a power punch and is most commonly thrown with the front hand. Some boxers and martial artists alike will lead with a hook; however, as with the cross, this punch is often most effective when thrown in a sequential series of punches – a “one, two, three” combo, with the three being the hook. The hook is also an effective weapon to use when counter-striking. To create as much power as possible to put behind your hook, step into the punch with your lead leg by turning your foot about 90 degrees.

The uppercut is the fourth of the main types of punches, and as the name suggests, the strike involves moving the fist in an upward motion. While the jab, cross, and hook are arguably most damaging when thrown to the head, unlike the uppercut, these three punches can also be thrown to the body, having a devastating effect on the ribcage, upper torso, and abdomen. When executing an uppercut punch from the guard, the shoulder lowers with the knees and then the body is propelled forward and upwards, extending the fist towards the chin and face area.