Ultimate Collection of the 10 Most Impressive Action Star Mullets 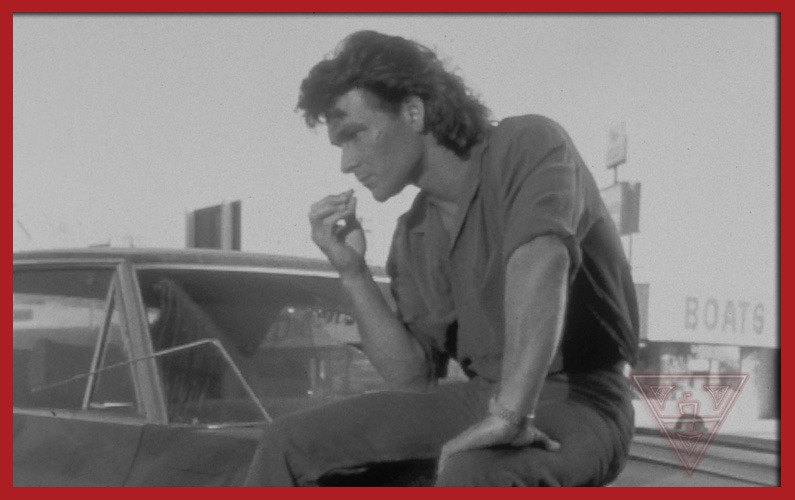 If you enjoy a good mullet haircut as much as the next person, you’re going to love our collection of Hollywood stars sporting their business-in-the-front, party-in-the-back hairstyles! If you like this post, please share it with your family and friends! 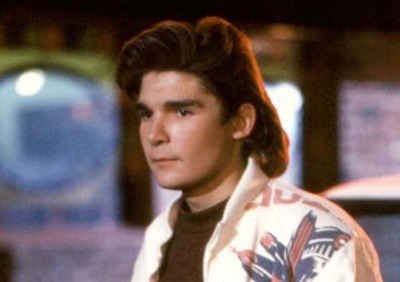 Corey Feldman as Dean in License to Drive (1988)

Synopsis: License to drive is another Corey and Corey Hollywood flick in which the late Corey Haim plays a 16-year-old kid living in Southern California with two main objectives – obtain his driver’s license and act upon the crush he has on a popular and attractive co-ed, Mercedes Lane (Heather Graham). After being involved in a car accident, Les heads over to his friend Dean’s (Corey Feldman) house to have the damage repaired. Dean talks Les into taking the car out for a joyride, which leads to an evening full of adventure with a blacked out Mercedes coming along for the ride.

…as Maximillian in Vampire in Brooklyn (1995) 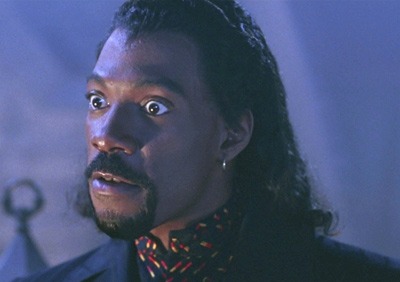 Eddie Murphy as Maximillian in Vampire in Brooklyn (1995)

Synopsis: When a ghost ship crashes into a Brooklyn dockyard, ship inspector Silas Green (John Witherspoon) discovers that the only cargo is dead bodies. Nearby a run-in with Italian mobsters puts Julius Jones (Kadeem Hardison), nephew of Silas, in jeopardy of losing his life until Maximillian (Eddie Murphy) makes a sudden and mysterious appearance; taking the lives of the two goons. Maxmillian, who arrived on the abandoned ship in an intricately carved coffin, bites Julius, infecting him with his vampiric blood, which causes Julius to become a decaying ghoul and living a life of servitude. 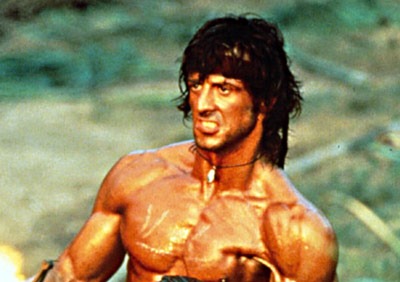 Synopsis: Sylvester Stallone and James Cameron created the screenplay for this second edition of the highly successful First Blood (1982). The movie picks up where the first one left off with John Rambo (Sylvester Stallone) in prison serving time for his actions, when a federal order allows Rambo to be released from prison to investigate the possible existence of Vietnam War POWs. After arriving in Vietnam, Rambo is forced to deal with double crosses and betrayal by his own government when discovering POWs, which he and guide Co Bao (Julia Nickson) attempt to rescue. 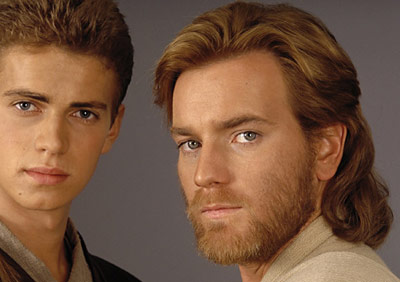 Synopsis: Star Wars Episode II is set 10 years after Episode I (The Phantom Menace) ends, at a time when the galaxy is on the verge of a civil war. Thousands of planetary systems under the Galactic Republic threaten to secede under the the leadership of Count Dooku (Christopher Lee), a renegade Jedi. An assassination attempt on Senator Padmé Amidala (Natalie Portman), the former Queen of Naboo, causes apprentice Jedi Anakin Skywalker (Hayden Christensen) and fellow Jedi Obi-Wan Kenobi (Ewan McGregor) to be assigned to investigate the crime and protect Padmé. 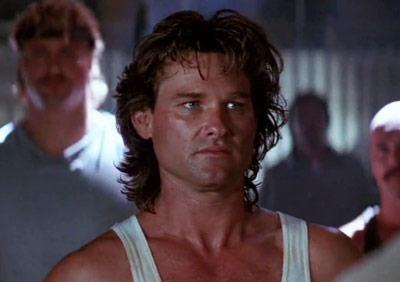 Synopsis: When Lt. Ray Tango (Sylvester Stallone), a Beverly Hills detective, and Lt. Gabriel Cash (Kurt Russell), a downtown Los Angeles detective, are framed by crime kingpin Yves Perret (Jack Palance) for interfering with smuggling operations in their respective jurisdictions, the two must put their differences aside and fight together to survive and clear their names. The detectives are convicted of a murder they did not commit, get locked in prison together, and work to plan an escape, so that they can bring the facts of their case to light and get their revenge on Yves. 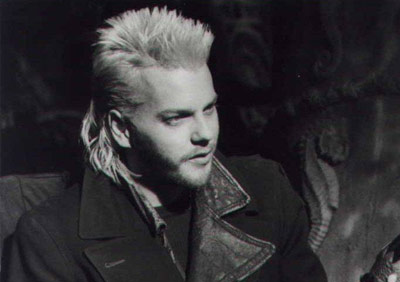 Kiefer Sutherland as David in The Lost Boys (1987)

Synopsis: The Lost Boys stars Corey Feldman and Corey Haim, but the mullet-of-the-movie award goes to Kiefer Sutherland. The movie is about Michael Emerson (Jason Patric), who rocks a very impressive mullet of his own, and his family, including younger brother Sam (Corey Haim), who move from Arizona to Santa Carla, California and quickly discover that there is a vampire problem in the area. Michael ends up meeting a girl, Star (Jami Gertz), who happens to be a member of David’s (Kiefer Sutherland) gang of vampires and ends up getting in over his head with a group of young men who don’t age – The Lost Boys, a reference to J. M. Barrie’s Peter Pan stories. 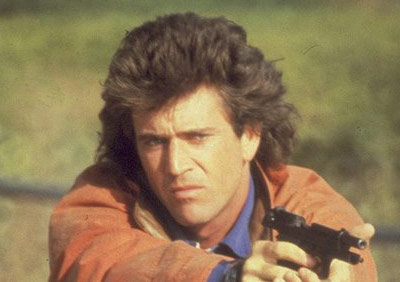 Synopsis: This is the first installment of the four Lethal Weapon movies and is by far the most impressive hairstyle that Mel Gibson sports in in the series. The story is about aging LAPD homicide detective, Sgt. Roger Murtaugh (Danny Glover), his new partner – former narcotics sergeant and Vietnam veteran, the border-line clinically insane Sgt. Martin Riggs (Mel Gibson), and their struggles to get along while cracking the crime of a drug-related murder. After Murtaugh’s daughter is kidnapped by the culprits, a group of highly trained ex-military personnel, he must rely on Murtaugh’s special forces training to free her. 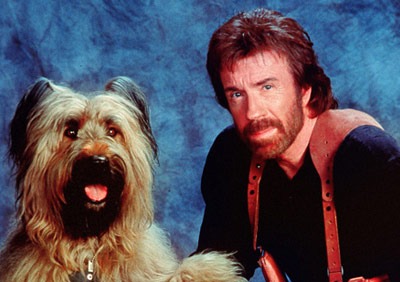 Synopsis: This movie is about a cop, his dog, and one uber-impressive mullet. Jake Wilder (Chuck Norris) is a police officer with a new partner, a police dog name Reno, whose handler was murdered. Throughout numerous hand-to-hand, teeth-to-hand, and assassination attempts, the duo develop a bond and learn to trust one another while using Reno’s bomb-sniffing skills to track down the military-grade explosives being utilized by the bad guys – a group of terrorists intent of doing mass destruction. 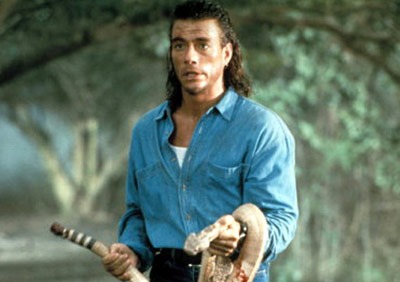 Synopsis: Chance Boudreaux (Jean-Claude Van Damme) is a Cajun merchant seaman in New Orleans who is out of work and finds himself in a situation where he must save a young woman, Natash Binder (Yancy Butler), from a street gang. When Chance finds out that Nancy is in search of her missing father, he agrees to help her in her quest only to discover that the father has been murdered by a wealthy man, Emil Fouchon (Lance Henriksen), who gets his kicks by hunting homeless men. 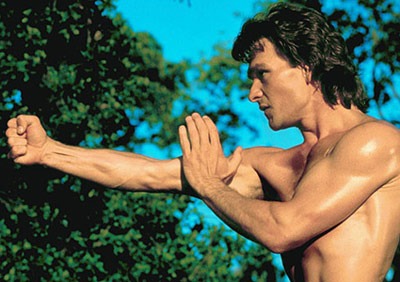 Synopsis: This cult classic features professional bouncer, a.k.a. cooler, James Dalton (the late Patrick Swayze), who leaves his current position in an upscale New York nightclub to take a job in Jasper, Missouri at the Double Deuce – a rundown bar/nightclub owned by Frank Tilghman (Kevin Tighe). After arriving, Dalton quickly finds that the staff can’t handle the riffraff and brings in his good friend, fellow cooler, Wade Garret (Sam Elliott) to help get things under control. When local crime boss Brad Wesley (Ben Gazzara) gets involved and causes the death of Wade, Dalton must take matters into his own hands.