What is a Karate Kata?

For karate students, performing katas, a set of formalized body movements that are conducted in a sequential motion, is a regular part of their routine. For those who aren’t too familiarized with studying martial arts, the following information will help you to better understand one of the key fundamentals of karate – the kata. 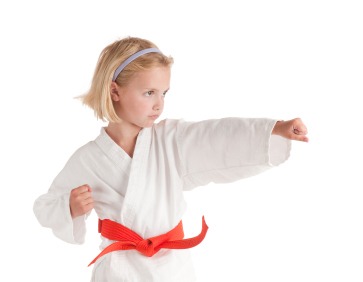 Not only is learning karate katas a requirement for belt
advancement, it also serves to train your muscles and
mind to react instinctively during physical confrontations.

The Japanese word “kata” can translate to “mold”, “style”, “model”, or “shape” in English; all words that can be used to define the purpose of katas. This sequence of movements is designed to train the body in both offensive and defensive postures, based on ideal combat scenarios.

There is a multitude of good reasoning behind practicing katas, including the development of leg and arm strength, perfecting stances and posture, and for practicing gracefulness and fluidity. But perhaps the most compelling reason for why katas are routinely practiced is due to the natural instincts that the body develops, based on muscle memory and mental focus, which better prepares the martial arts practitioner for sparring and defending oneself if attacked.

What is the Benefit of Karate Katas?

There are a variety of katas that are practiced, typically ranging from standard self-defense and striking maneuvers to advanced strikes based on skill level, or for many, belt level. Common procedures begin with either a wide and/or low stance, and when combined with vigorous arm motions and leg movements, the practitioner gains cardiovascular exercise and a true understanding of principles relating to hand-to-hand combat.

For centuries, Japanese martial artists have understood the importance of katas, realizing that these physical routines are the idyllic way to preserve their art. There are however many different interpretations of these movements, including several types of applications. And while originally developed for self-defense purposes, styles often change with the various disciplines of martial arts and can even differ from instructor to instructor.

Often a martial arts school will include a kata in the testing of students who are seeking belt advancement. Most karate masters will judge a kata performance on beginning from the correct stance, not missing a step, fluent movement at the right speed, crisp and powerful punches and kicks, and neatly ending the routine in the proper manner.

A nice aspect of practicing katas is that special equipment is not needed. One can do this exercise from home, assuming they possess the right knowledge on how each kata is performed. It is recommended that students regularly practice their katas to become better, more knowledgeable martial artists.