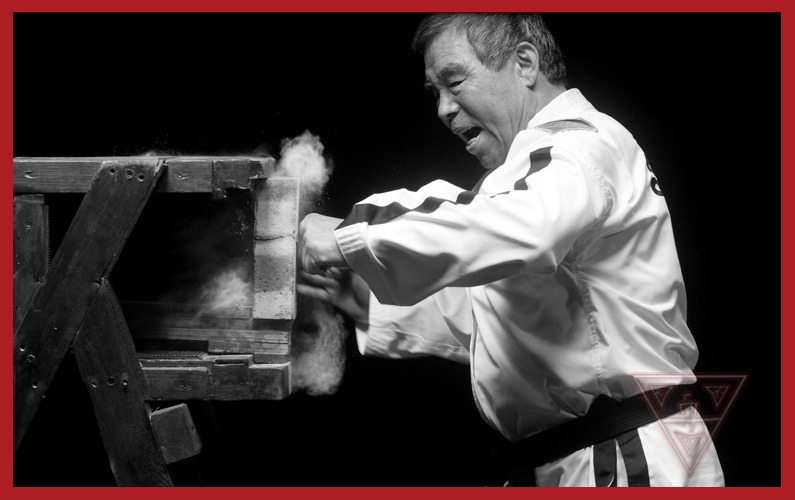 You’ve probably seen videos and demonstrations of martial artists breaking wooden boards and concrete blocks. Most people misunderstand the reasoning behind it and erroneously assume that it is a display of strength.

While it is certainly an impressive sight to see an elderly man smash through concrete with ease, there is actually a practical and dare we say scientific reasoning behind it. Isaac Newton’s Third Law of Motion states that ‘for every action there is an equal and opposite reaction’.

Breaking boards and concrete can be considered as a form of martial arts target practice because this act teaches students to focus on a specific point with full power. Even the most powerful students will fail to break the boards or concrete if they can’t hit the right spot. Likewise, hitting something in the right spot but with no power will also lack the desired effect. Therefore, board breaking is more about technique than power.

Transfer of Energy Without Injury 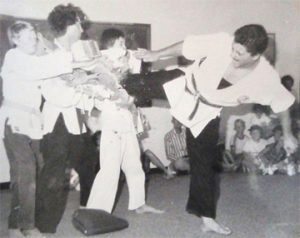 Going back to the Third Law, the harder you hit the boards, the greater the opposing force. In order to successfully break the board, you must subject the target point to this force. Damage occurs when your body is no longer able to withstand this force so this limits the amount of power that can be put into the strike. As well as being a method of improving technique, breaking boards in martial is used to measure the force of the strikes. Up until recently, there were no accelerometers so breaking things was the standard method of force measurement.

Another obvious reason why martial artists break boards and concrete is to use the fact that the body adapts to stress to their advantage. For martial arts practitioners, the bones, skin and muscles are the three most important areas. According to Wolff’s Law, the skeletal system will become stronger after healing. According to this law, our bone density increases after healing so breaking boards damages the bones in order to strengthen them. Those who practice breaking boards are encouraged to gradually increase the difficulty and amount of material. Beginner start with boards and eventually progress to concrete.

Keep in Mind When Board Breaking

Breaking boards can condition the body to stress but with so many small bones in the hands and feet, it is something that must be managed carefully. Therefore, the act of breaking boards is more than just a show of strength. Unfortunately, some martial arts schools cheapen the act by using it in their advertising in the hope of attracting gullible people with grandiose promises.

Video: Board Breaking Fails – What Not to Do When Breaking Wood Boards