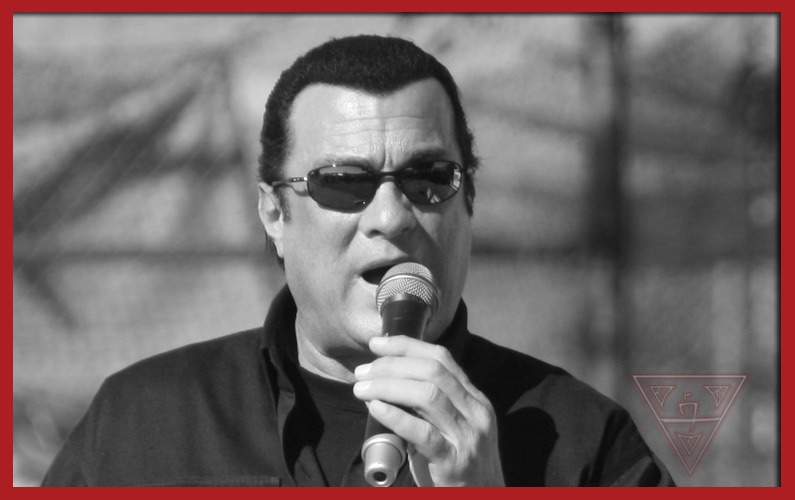 Anyone who has ever seen Steven Seagal in action knows that he’s the real deal when it comes to martial arts. In recent years, he had his very own A&E television show called Steven Seagal: Lawman where the actor is followed around by a filming crew as he performed his duty as a reserve deputy sheriff in Jefferson Parish, Louisiana. Yes, you read correctly! Seagal is an actual law enforcement agent! So when he was asked to train the Serbian Special Forces during a recent visit to Serbia, no one was too surprised.

On the big screen, we’ve seen Steven Seagall use his sizeable knowledge of martial arts to save the world on so many occasions it’s not even worth keeping count. He’s now apparently being offered the opportunity to apply his skills in the real world, with a reported job offer of training the Serbian special police forces in the Japanese martial art of Aikido.

The 63 year old actor recently paid a three-day visit to the Serbian capital of Belgrade, and there he met with the country’s Prime Minister, Aleksandar Vucic, and the pro-Russian president, Tomislav Nikolic. He was there to receive an award for humanitarian work that has benefited the state, but talks apparently have led to this eyebrow-raising offer.

However, it’s not clear whether Seagal will be able to take up the offer, as he has already committed to a busy schedule of filming in 2016.

If you have the opportunity to read the biography of Seagal, you may be surprise to learn about the depth of his martial arts training.